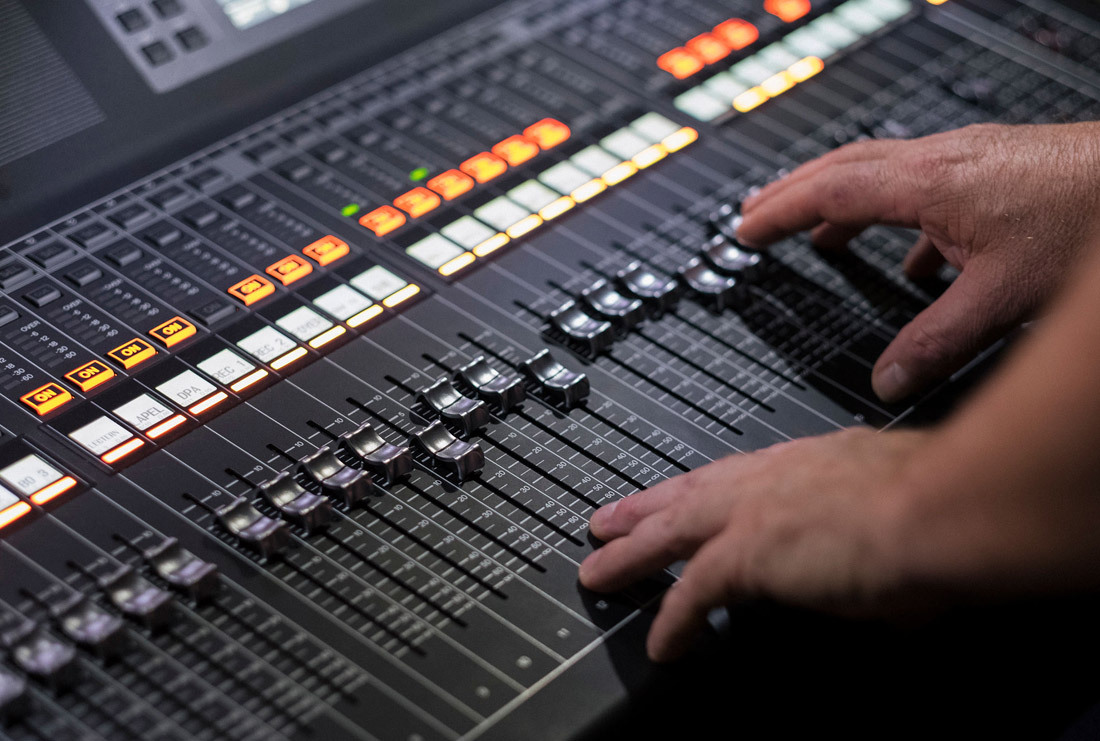 Hosting events of any kind can be a minefield, even if it’s something you do every day.

At con-sol, we try to simplify the process and speak your language rather than confusing things with industry jargon.

But sometimes, even we fall foul of AV lingo. To help get you up to speed, here’s our guide to some phrases you might hear when working with event managers.

We use live cameras to record events, but we also use them to display what’s happening on stage on large screens, so even those at the back can feel included. If we’re “putting IMAG to screen,” you’re going to see what is happening on stage, large on the screen.

This is the process of relaying audio or visual content back to the stage for the presenter.

Foldback can be in the form of a “foldback screen,” which can show presentation notes, a timer or live questions from social media.

It can also refer to “foldback speaker systems,” which do the same job but for audio. These are very useful not only for musicians but also for Q&A sessions, enabling presenters to hear questions from the audience.

The vast majority of the microphones we use are wireless. It’s more streamlined and allows presenters to move around, instead of being tethered to a lectern.

Three of the most commonly used wireless microphones are:

Hand Held
Hand held mics look like traditional microphones you hold in your hand. These are great for panel sessions or situations where the mic is being passed around between people, or for people who are nervous and don’t speak very confidently.

Lapel Mics
Small and discreet, these microphones clip onto the presenter’s jacket or shirt to free hands up. Because they are small, they require delicate operation and placement to get the best results, so a good audio and sound engineer is a must.

Headset
Not to everyone’s taste, but these generally give a much better sound quality than a lapel mic. The microphone gets nice and close to the mouth, ensuring maximum pick up and minimum unwanted noise.

They can be skin coloured and discreet, to avoid any Madonna moments.

In theatre, up is back and down is forwards, left is right, and right is left. It can all get a bit confusing.

These terms refer to stage position, from the point of view of someone standing on the stage. 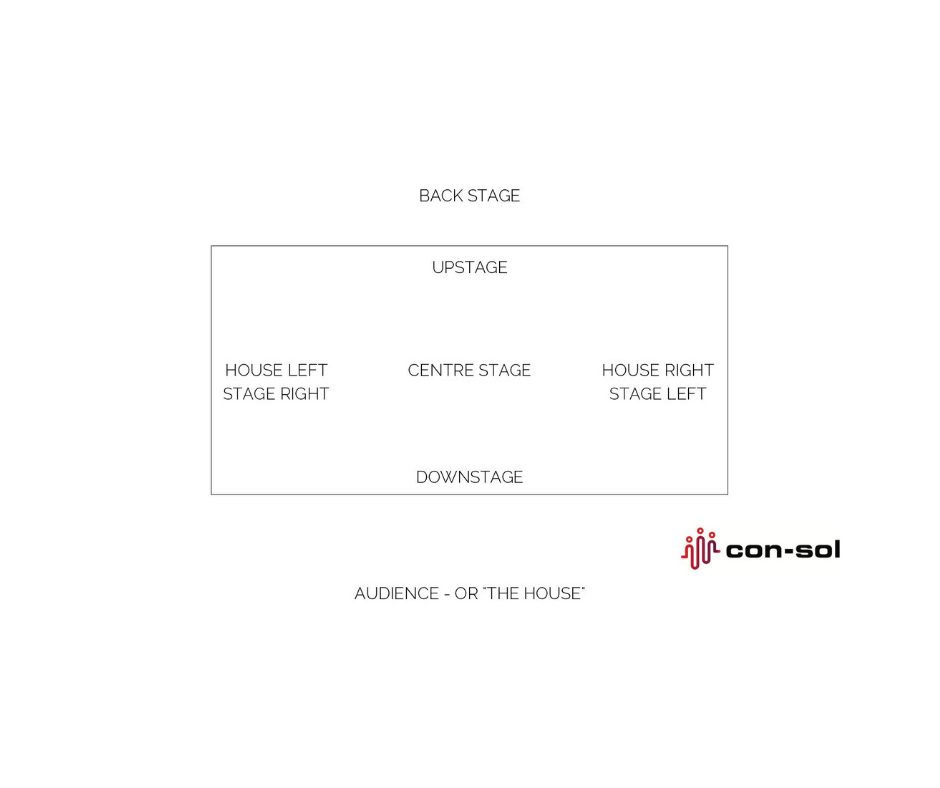 A video switcher is one of the most integral pieces of equipment in complex shows, but the goal is to never know it was there.

This equipment changes what’s shown on screen during an event, whether it’s a presentation, video or IMAG (see above) to screen.

Switchers come in many shapes, sizes and costs, depending on what it needs to do.

LX is another theatre term that actually stands for “electrics”. This dates back to when the lights were the only electrical thing in a theatre.

The higher the resolution, the better the image.

The standard is High Definition (HD) which is 1920 pixels wide by 1080 pixels high. This is standard across computers, television and cameras and is the baseline for what video content and signals should be. A lower resolution can sometimes mean blurry images or fuzzy text, depending on how big the screen is.

We sometimes work in 4k resolution. This is essentially four times as many pixels as standard HD. This is fantastic for large screens as it keeps text and videos beautifully crisp.

However, 4K equipment is relatively new and is still expensive, so there’s often a cost consideration when thinking about working in 4K over HD.

Simply put, Aspect Ratio is the shape of video content or presentation slides. It is defined in terms of “width of image: height of image,” referring to the shape of the screen, not the size.

Some years ago, the standard ratio was “4:3”, so if a screen was 4m wide, it would be 3m high. This is almost a square image, like really old TVs, which we generally don’t use anymore.

The standard aspect ratio now is 16:9, which is used for most computers, cameras and TV, and events. However, there are endless possibilities.

Cinematic movies are usually in 21:9 which is much wider than a normal TV, and with the advent of customisable LED walls, which can be any shape and size, any number of ratios are possible.

The important thing is to know what aspect ratio a screen will be, so any video content or slide deck can be the same shape. No one likes looking at a 4:3 presentation on a 16:9 screen.

With so many confusing words and technical terminology, it’s no wonder people get confused with AV lingo. It’s not necessarily something you need to know, but rather something some people find interesting to learn about, especially when putting a production together.

As your AV specialists, we’ll always speak to you in terms you understand. But if there’s something you’re not sure of, just ask us! We’re always happy to have a chat.

Keen to learn more about our audio-visual services? Get in touch with us today and let’s create something wonderful.